These objects are not just there, they are created by force – or precisely because of its mastery: rolling, bending, hammering and winding. Wires become three-dimensional. Where is the boundary between an ‘object’ and something that is almost intangible?

The metal objects are not ‘finished’. It is in the imagination of the viewer where ‘finishing’ occurs: we recognize a ‘shape’, and we embellish it. But that does not mean that the form itself is ‘filled.’ On the contrary: the wires enclose air and thus make space visible. A two-fold entity exists: transparent form – and emptiness

The Japanese word ma  間 means opening, space or pause. It is different than in Western thinking, where we see ‘space’ as a defined three-dimensional reality. ‘Ma’ is both shape and shapelessness. What it is all about is the simultaneous experience in which space is ambiguous and not clearly defined.

Space becomes space in between.
It is never clear exactly what is inside and what is outside.
There is a twilight zone, which has not yet been completed.
Emptiness, full of possibilities. Empty is not ‘empty’. 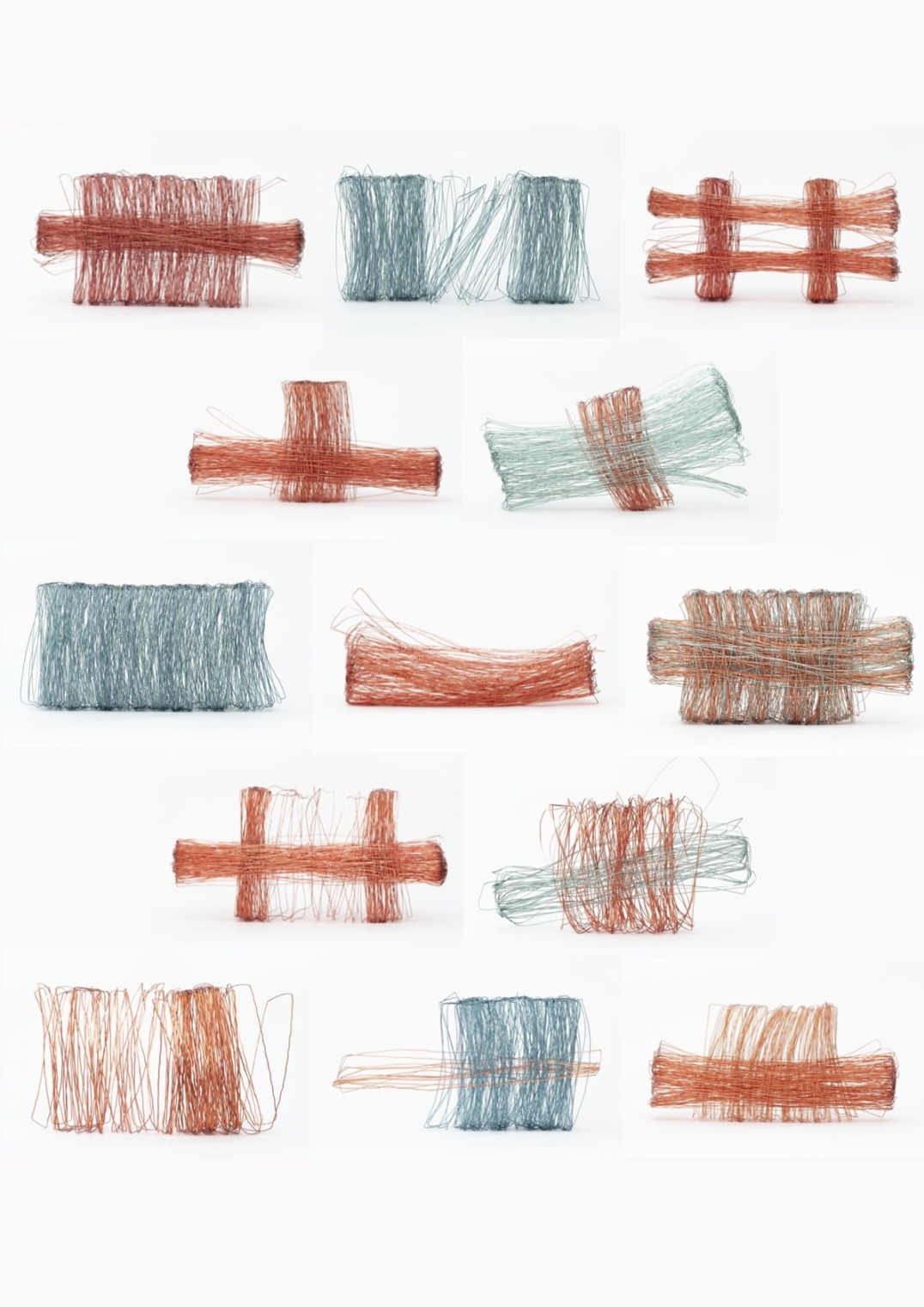